According to the Vision and Goals of STM, improvement efficiency as a high visibility KPA will provide significant improvements from the port approach and handling perspectives. A 50% reduction of the average waiting time for berthing and in port handling operations is considered a goal for 2030 due to STM integration within global port-logistic chains.

“Addresses the role of STM in improving performance of maritime business”

The target goals to achieve in this case by STM are associated to the average waiting times for berthing in ports, which is closely related to the degree of predictability of ETAs and the time of handling operations. The STM Vision considers a progressive reduction of both categories, achieving a 10% of cost saving for the maritime voyage and a 50% reduction of the average waiting time for berthing at ports in 2030 in comparison with the situation in 2015. 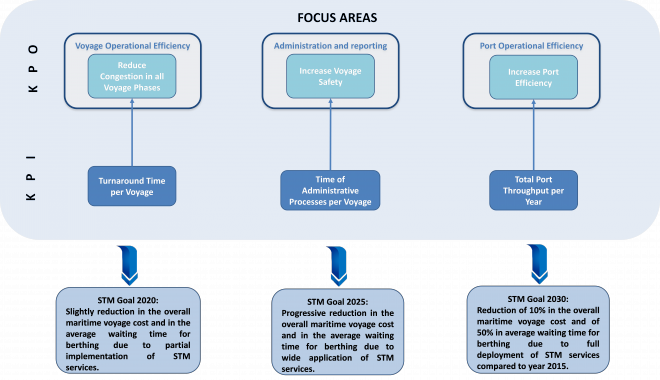